Country: USA
Language: Original
Cast : Alex White, Nikki Knight, Nina Hartley, Tracey Adams, Billy Dee, Buddy Love, Jon Martin
Directors: Mike Vido, Peter Anglich
Description: There’s absolutely no rhyme or reason to what takes place in this one, just wall-to-wall action contained within a two-story house. We begin downstairs, where Nikki Knights is just finishing up her shower when Jon Martin comes calling. They soon are wrapped up in one another’s arms as they get down to business right then and there. Tracey Adams soon shows up and adds her prodigious curves to the mix, only to be interrupted by Billy Dee. Tracey and Billy pair off for some steamy interracial fun, while Jon and Nikki keep on keepin’ on. We then go upstairs, where Nina Hartley is in the process of a sexy striptease for Buddy Love. He tells her that his wife (rail-thin black beauty Alexis White) won’t be back for an hour, but as soon as Nina and Buddy get into it, Alexis shows up. Of course, she gladly joins in and makes it a fiery threeway. The finale takes us downstairs, where everyone has gone home and left Nikki to her own devices — namely, the large dildo that she ravenously rages with. The whole thing is highly erotic and completely plotless, serving up frantic fireworks with a minimum of fussing about. This treat is a great way to catch four of the spiciest gals of their era doing what they did best.
Scene Breakdowns:
Scene 1. Jon Martin, Nikki Knight
Scene 2. Jon Martin, Nikki Knight, Tracey Adams
Scene 3. Jon Martin, Nikki Knight
Scene 4. Billy Dee, Tracey Adams
Scene 5. Buddy Love, Nina Hartley
Scene 6. Alex White
Scene 7. Alex White, Buddy Love, Nina Hartley
Scene 8. Nikki Knight
Scene 9. Alex White, Buddy Love, Nikki Knight
File : avi
File Size : 970.18 MB
Resolution : 640×480
Duration : 01:18:35 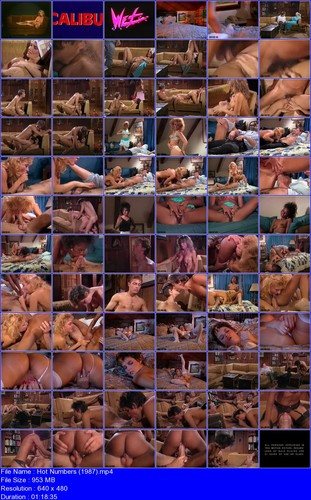