Country: USA
Language: English
Directed by: Robert McCallum
Cast: Desiree Cousteau, Georgina Spelvin, Laurien Dominique, Leslie Bovee, Nanci Suiter, Serena , Stacy Evans, Jamie Gillis, John Leslie, Paul Thomas.
Description: A very complicated plot in which Jamie Gillis plays an out of work actor who has been reduced to being a gigolo to the stars. His former agent turned pimp, Charlie, sends him on an assignment. The next day Jerry goes to a party at the house of JC Church (Frank Hallowell), a party that he knows Charlie will be attending, hoping to hit him up for some acting work. Charlie give him the brush off, and in his anger, Jerry insults another party guest, the niece of his host. To work off his anger, Jerry nails Charlie’s girlfriend (Desiree Cousteau). The next day JC approaches Jerry with a proposal. Jerry is to get some sexual dirt on JC’s sister, Madelyn (Georgina Spelvin) and four nieces, Constance (Laurien Dominique), Barbara (Leslie Bovee) and twins Nancy and Diane (Serena) so that his rich, dying, puritanical brother will disinherit them and leave all his money to JC. Enlisting the aid of wanna be filmmakers George (John Leslie) and Archie (Paul Thomas) Jerry proceeds to seduce the five women and film each encounter. The last girl to be filmed is Diane, the nice twin. Jerry falls in love with her ??in the process of seducing her, and abandons his attempt to frame her. Instead, Jerry confesses all to Madelyn and together they turn the tables on JC, revealing their own naughty footage of JC in ladies frillies. To add insult to injury, they also inform JC that his brother is not going to die after all, so instead of everything, JC is not even going to get the one sixth he would have normally received. Also, Jerry will now probably become his nephew. It all works out, however, as they become one happy family, making a film together starring Diane and Jerry, directed by Archie and produced by JC There were numerous sequals.
Scene 1. Nancy Suiter, Stacy Evans, Jamie Gillis
Scene 2. Desiree Cousteau, Jamie Gillis
Scene 3. Serena, Jamie Gillis
Scene 4. Laurien Dominique, John Leslie
Scene 5. Georgina Spelvin, Jamie Gillis
Scene 6. Lesllie Bovee, Paul Thomas
Scene 7. Serena, Jamie Gillis
File : avi
File Size : 966 MB
Resolution : 640 x 480
Duration : 01:30:23 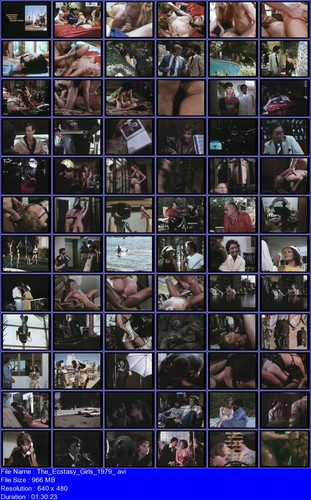